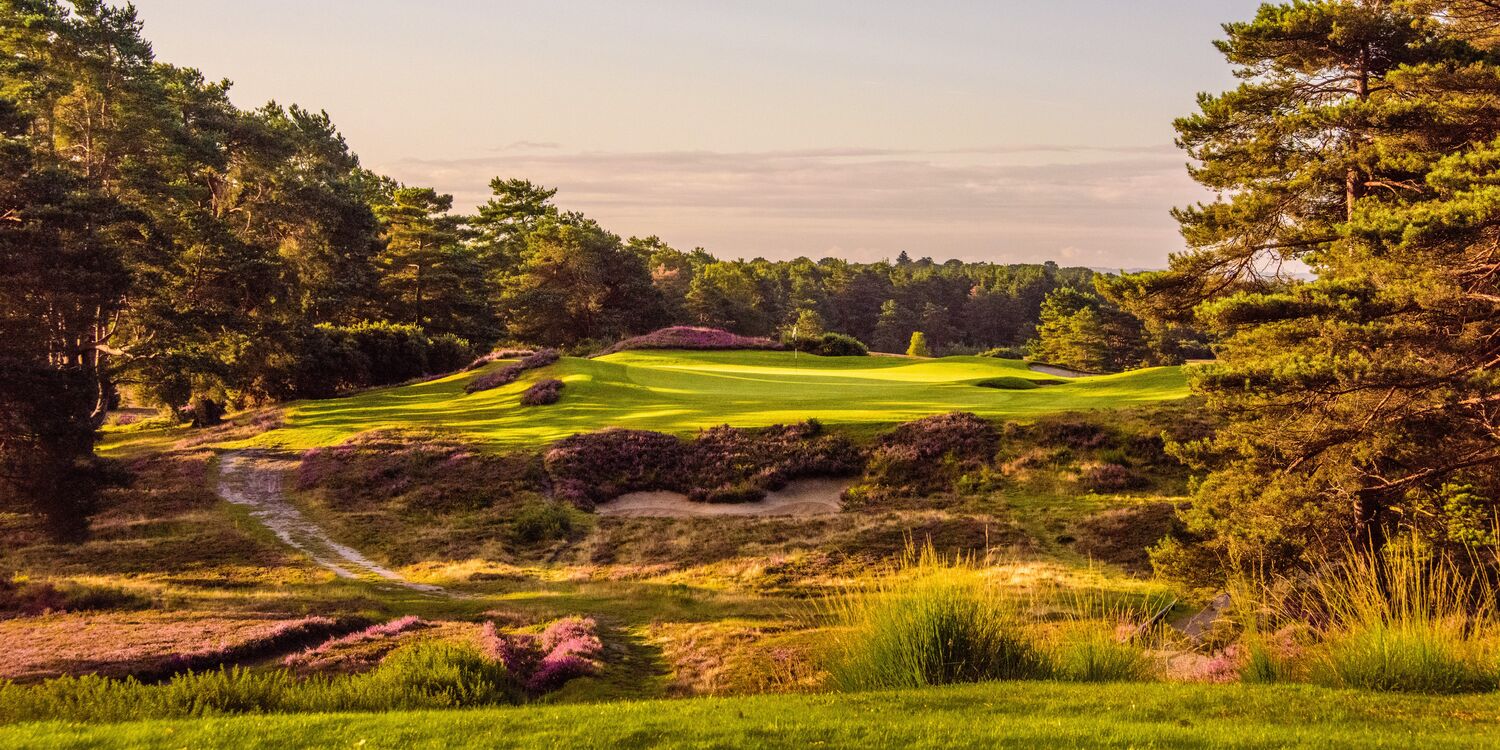 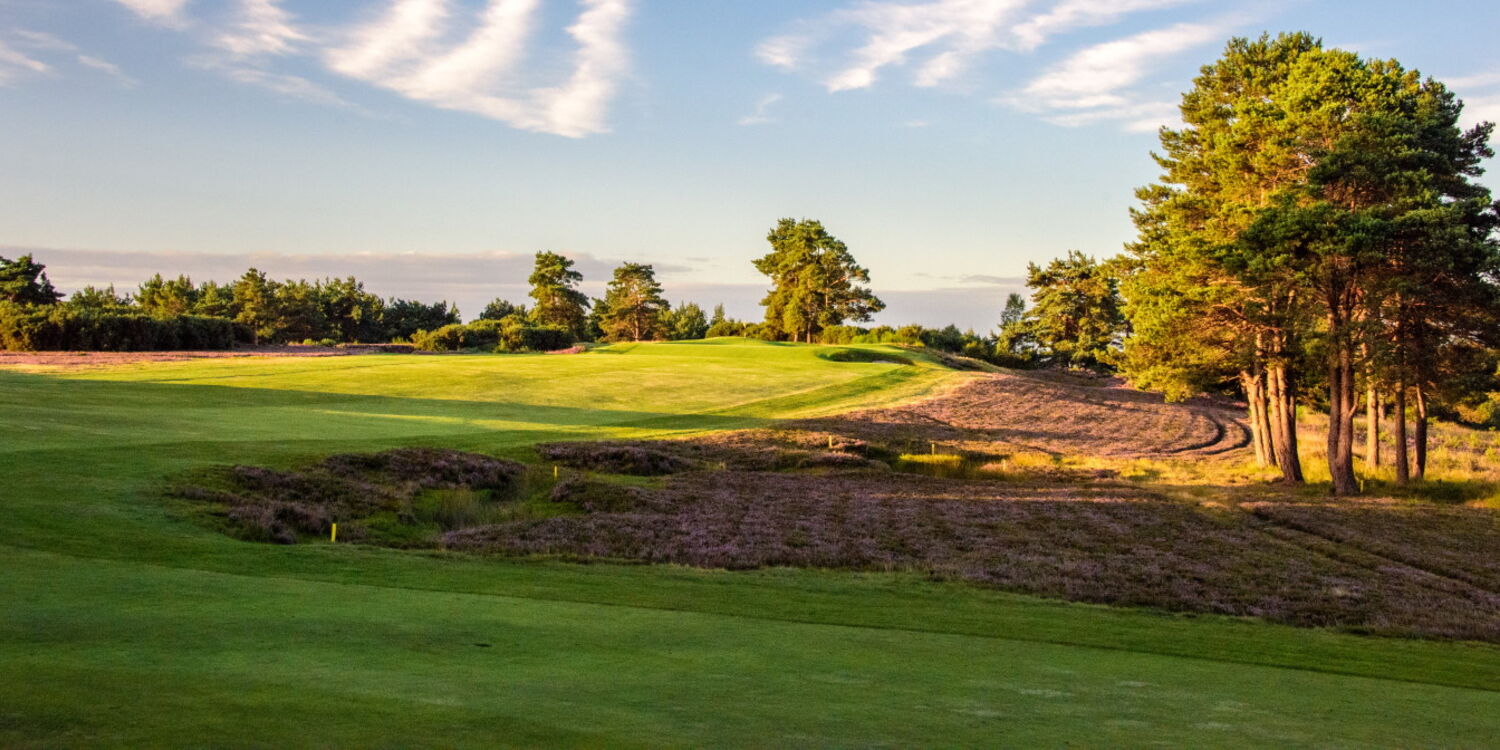 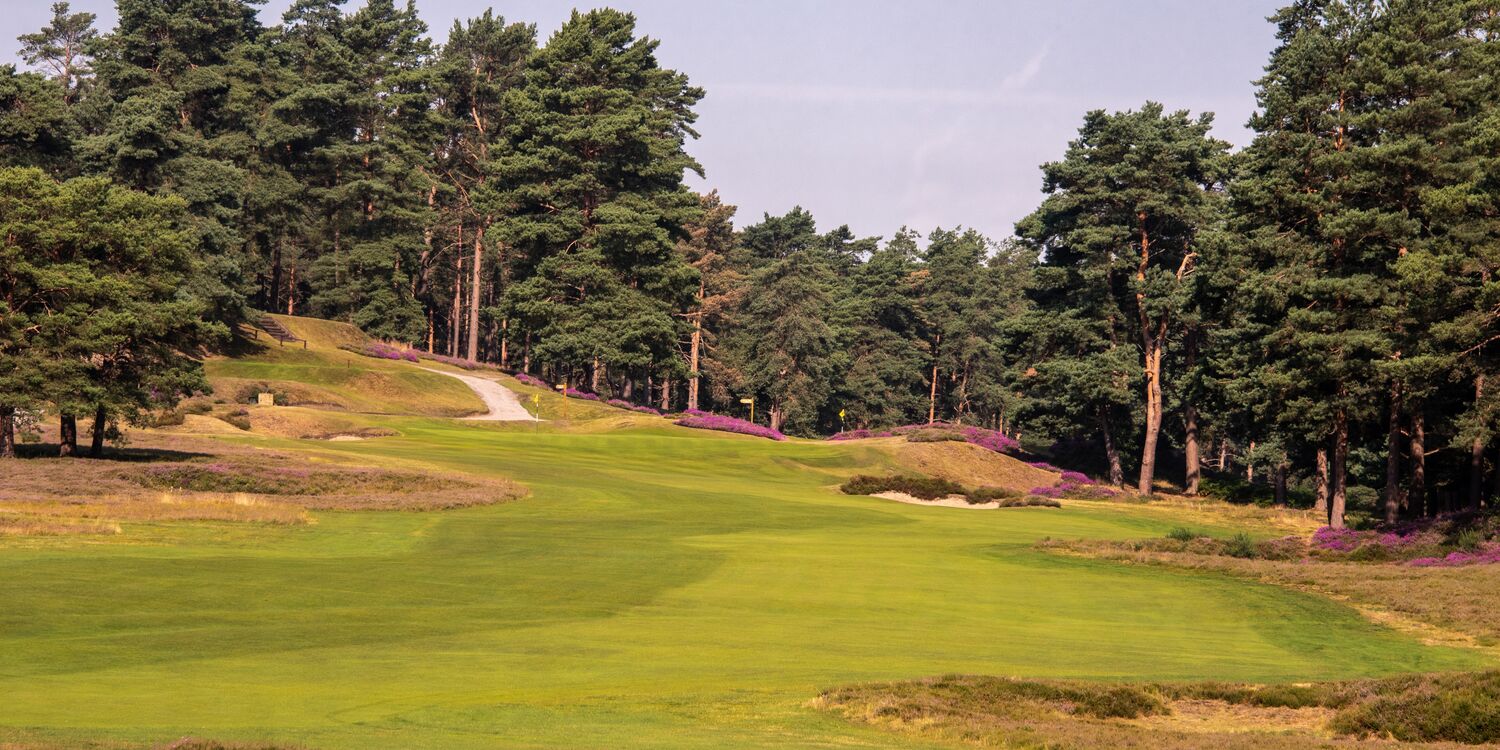 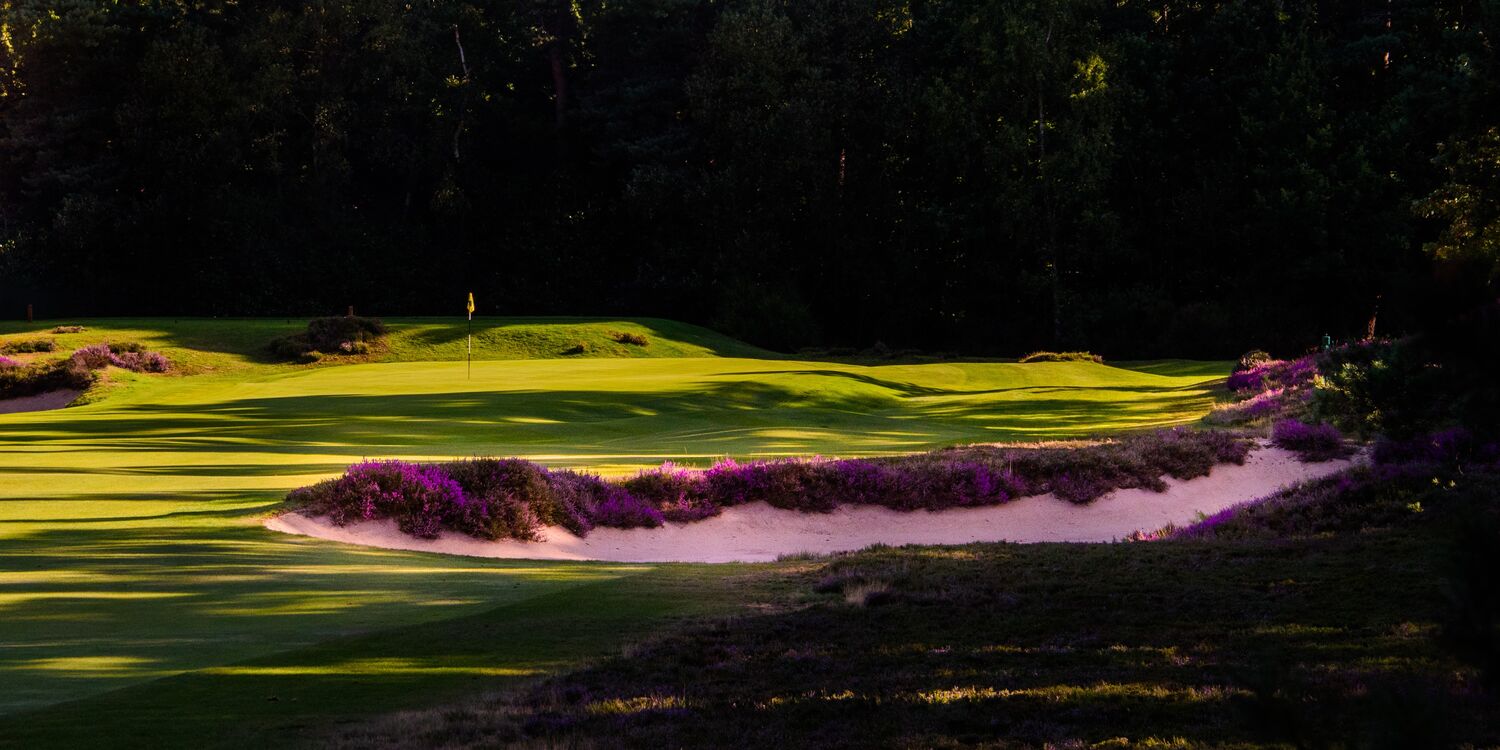 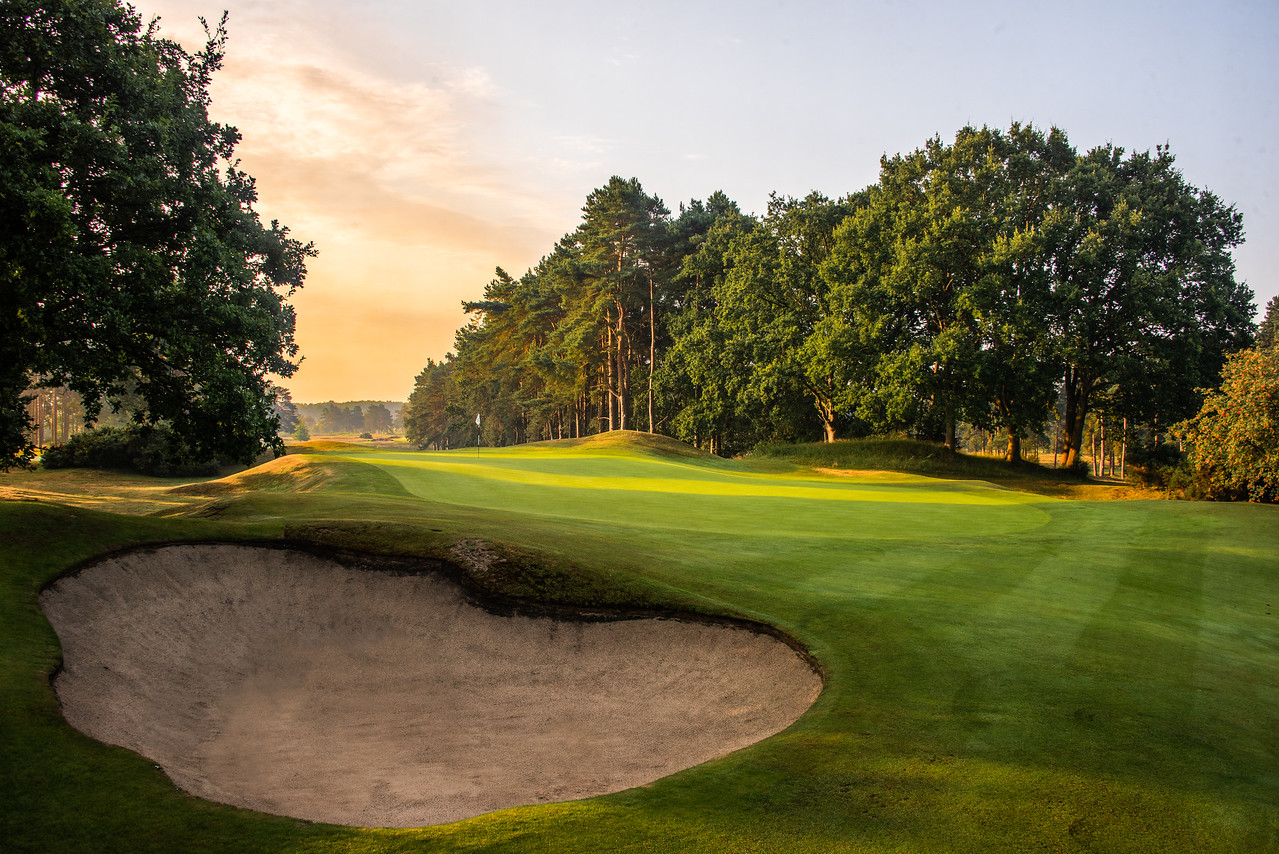 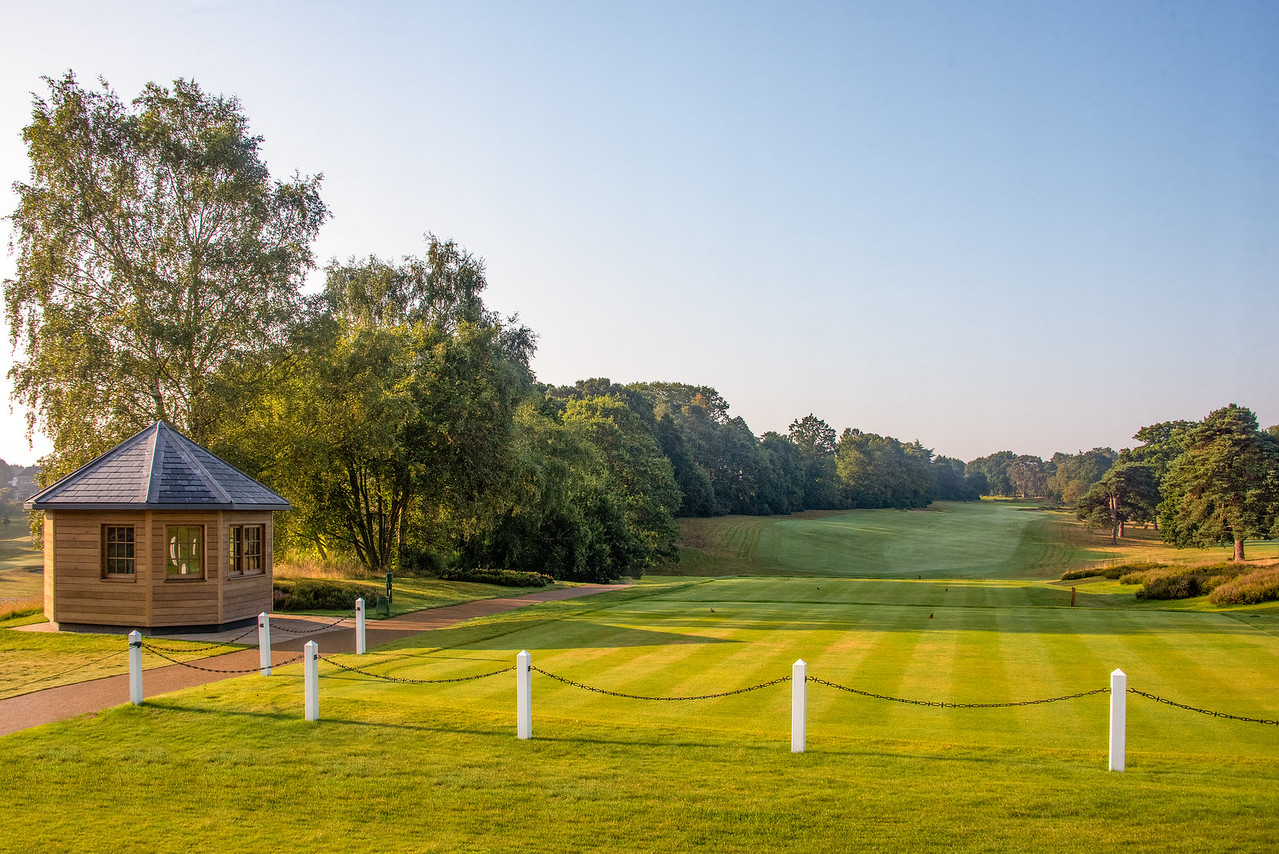 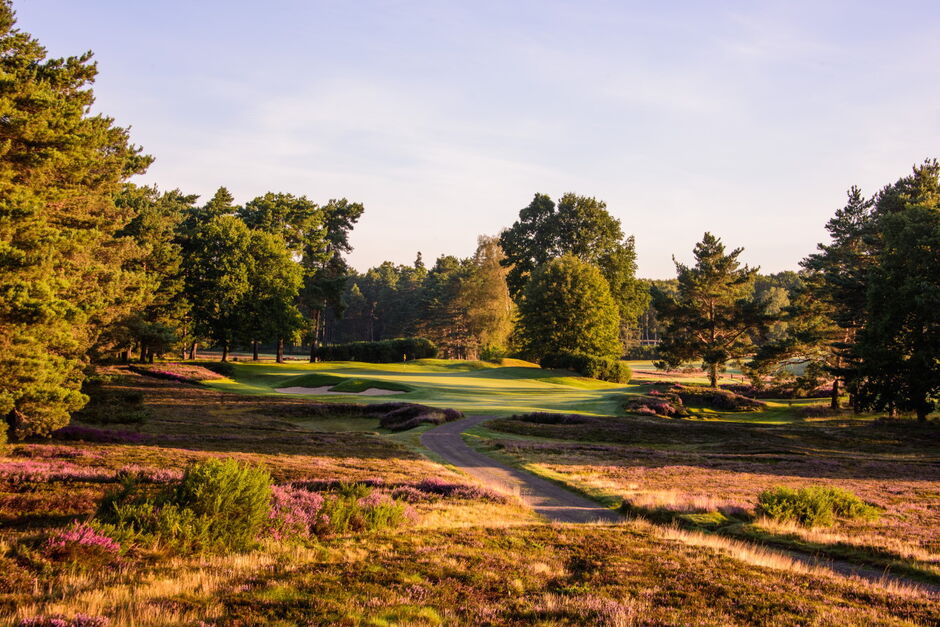 Sunningdale’s New Course was designed by renowned Architect and former Secretary, Harry Colt and first opened in 1923. It was commissioned following the end of the First World War, as membership figures were recovering rapidly and transport to the Club was becoming easier with the development of the motor-car. The amount of golf played was increasing, and the Committee was concerned to reduce the pressure on the Old Course. The New Course is considered to be the more rugged, with less bunkering and tree lining than its older sibling. Narrow winding fairways bordered by penal heather, act as corridors to the small and often raised greens.

The land on which the New Course was built, was since 1911, a 9 hole course of an independent club, known then as Sunningdale Heath and often referred to as the “chauffeurs’ course” or the “nine ‘ole”. After running into financial difficulties during the 1914-18 war it was taken over by the main club, where it continued to operate, until in 1921 a proposal from the Green Committee to extend this 9 hole course to one of 18 holes, was approved. Harry Colt, was consulted and his plans, at a cost of £8000 plus fees, were approved. The New Course, opened on 10th November 1923.

Compared with the Old Course, the New has seen many more changes in its shorter life. In particular, the original holes 6,7,8,9 and 10 were much criticised, mainly due to the steep undulations and the amount of climbing involved. In 1934, an E.G.M. was called, and the proposals of the golf architect Tom Simpson, to replace holes 6,7,8,9 and 10 were approved. These holes were to be mostly on new land over the back of the 5th green and would overcome the problem of the excessive undulations of the existing holes. When Harry Colt designed these holes he was to a large extend tied to the land near the stables, as at that time all the cutting and carting was done by horses; now that the work could be done by tractor, it was possible to go further afield. The original Colt holes were on the land to the right of the 10th hole (Old Course), and to the left of the 9th hole (New Course). Some remnants of these old holes can still be seen but apart from the 6th hole, now the 9th, the others were all abandoned in 1934.

Simpson created a clockwise loop, with a 500 yard tenth onto a green on today’s eleventh fairway, and the course was renamed the Jubilee course in honour of the King’s Jubilee Year. This design was not popular with members and come under heavy criticism, so in 1939 Colt and Morrison were asked to reassess. They reversed the loop, created the 6th dogleg and built several new greens for the 7th & 8th holes and the 10th hole was revived as a par 3 from its current tee. The course was reinstated as the New Course and their re-design has lasted.

Over the years, The New Course has proven itself worth of any championship, with many of the world’s top players having graced these fairways. Gary Player, a past winner of the Dunlop PGA 90-Hole Tournament, returned in 2000 to play Jack Nicklaus as part of the clubs Centenary Celebrations. Nicklaus Won. The New Course also partnered the Old throughout many years of Open Championship International Final Qualifying with competitors playing 18 on each course.

The New Course at Sunningdale has been regarded as the best inland course in the UK and is regularly found towards the top of many rating lists alongside the Old.