The Golf Courses of Sunningdale 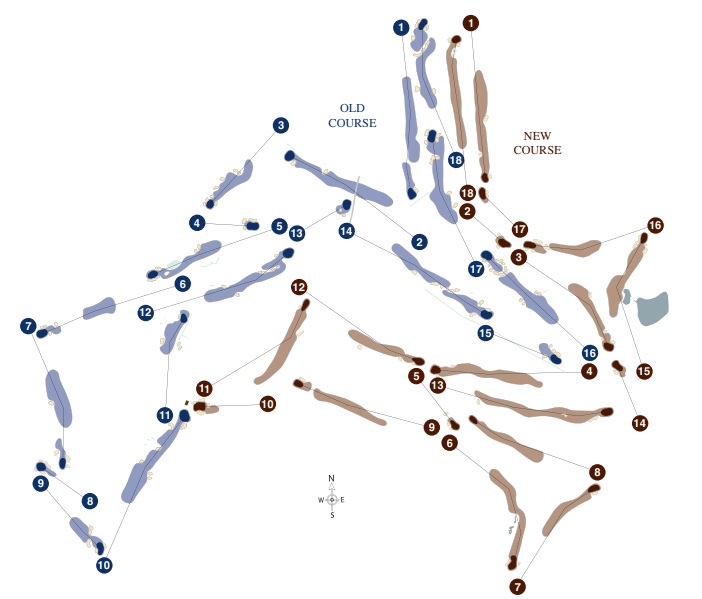 There are many clubs, both ancient and modern, that are lucky enough to have two courses; courses that compliment one another, one perhaps more difficult, one easier, one for fourballs at the weekend, one for singles, one maybe long and wide open, one short but narrow. Few though would argue that Sunningdale’s pair are as fine a set of thirty six holes as you’ll find anywhere.

For many the Old is quite simply the best inland course in the country, scarcely altered since Willie Park Jnr wove it in amongst undulating heather and pine more than a century ago, yet still a test to intrigue stranger and old friend alike. Despite the advent of metal heads and titanium shafts, it still demands care and attention to get round, while at the same time charming all who play it. Above all it creates that most important of golfing emotions – the desire to play another nine holes after tea.

Had it not been for the presence of the Old next door, the New would probably be rated the best of the Surrey and Berkshire heathland courses, if not in the whole UK. It is mostly the work of the finest golf course architect this century, Harry Colt, who also just happened to be Sunningdale’s first club Secretary. The difference in the two courses is that whereas the Old flatters and charms, the New demands and examines to the point of undoing all who are not totally in control of themselves or their game.