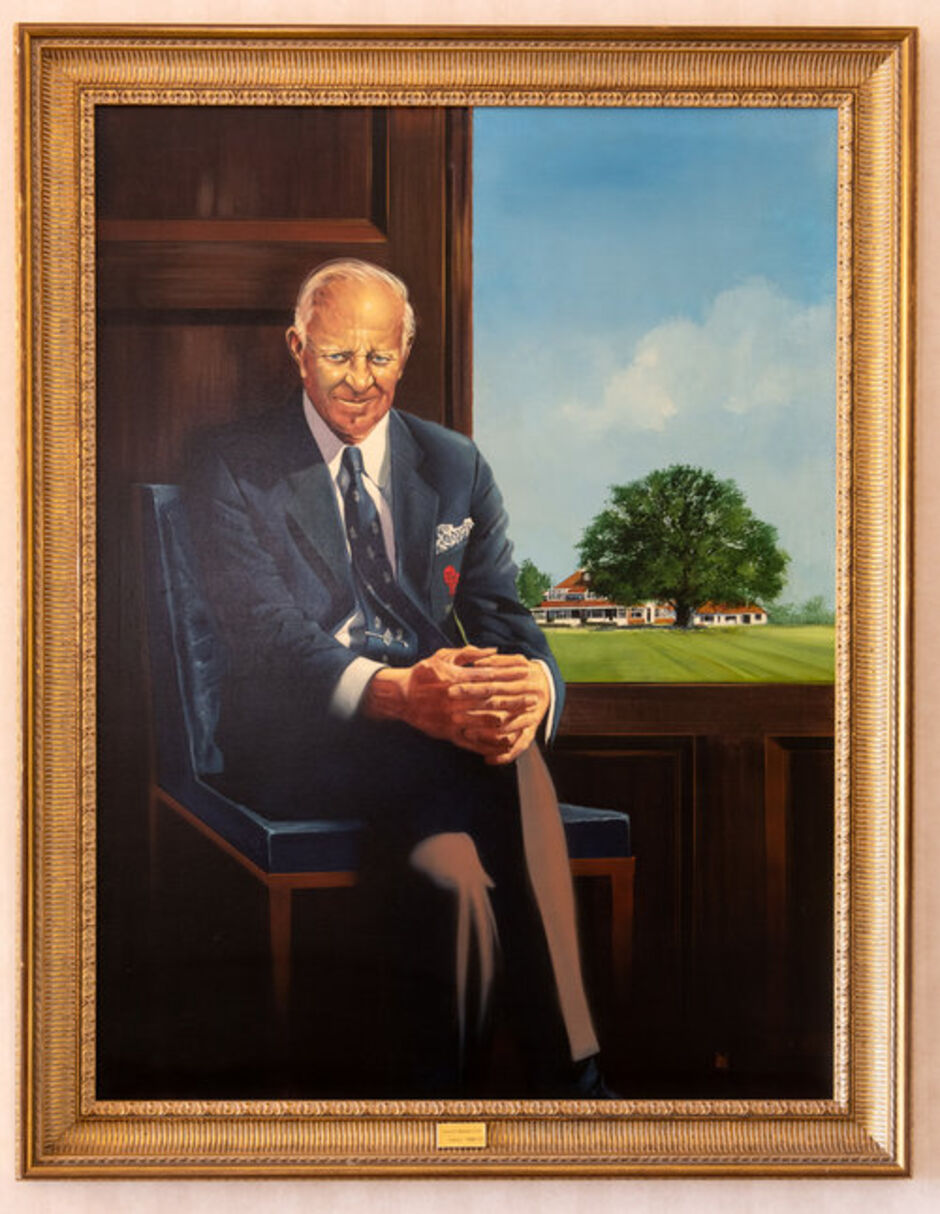 
The Gerald Micklem Cup is a Men’s over 35 Tournament, which was inaugurated in 1998 to celebrate the legacy of Gerald Micklem, former Captain of Sunningdale Golf Club. Previously a 36 hole event, from 2021 the event will be made into 54 holes to qualify as a World Amateur Golf Ranking event.

Gerald Micklem was a leading figure in British Amateur Golf for more than 30 years following the end of WWII. He was probably robbed of his best competitive years by that war but twice won the English Amateur Championship and was several times a Walker Cup Player. Throughout his base was Sunningdale Golf Club.

But it was in golf administration, particularly amateur golf, for which he was best known and hugely respected. He was Captain of the Royal & Ancient in 1968/69, but more importantly was for decades the power behind the throne. No Captain or Secretary took office unless they were guided through the corridors of that ruling body by Gerald Micklem. Gerald was credited with taking the first steps in the restoration of The Open to its proper major status during his tenure on the Championship Committee. He was also largely instrumental in the introduction of the larger 1.68 inch diameter golf ball which raised playing standards throughout Britain and Europe. He was for a time a member of Augusta National and acknowledged as one of the world’s foremost authorities on the rules of golf. Near the end of his life, none other than Michael Bonallack, Britain’s best post war player and R&A Secretary (1983 – 1999) said he never made an important decision without first consulting Gerald Micklem.

The same was true at Sunningdale, though most critically during his time, he initiated significant changes to both Old and New. He added a second bunker in the driving area on the 5th (Old), the bunker at driving distance on the right of 12 (Old) and the similarly placed one up the right of 14 (Old). His most far reaching alteration though was to move the 8th green (New) from immediately in front of the bank leading up to the 5th green some 40 yards right to its current position. No criticism has ever been made of these changes and experts today all concur the integrity of the men who laid these courses out has been preserved.

In truth many aspiring young golfers owe Gerald a debt of gratitude for the manner in which he encouraged and actively helped them to compete at the highest level. The very best progressed to the professional ranks — among them Nick Faldo, Peter Townsend, Clive Clark and Warren Humphreys.